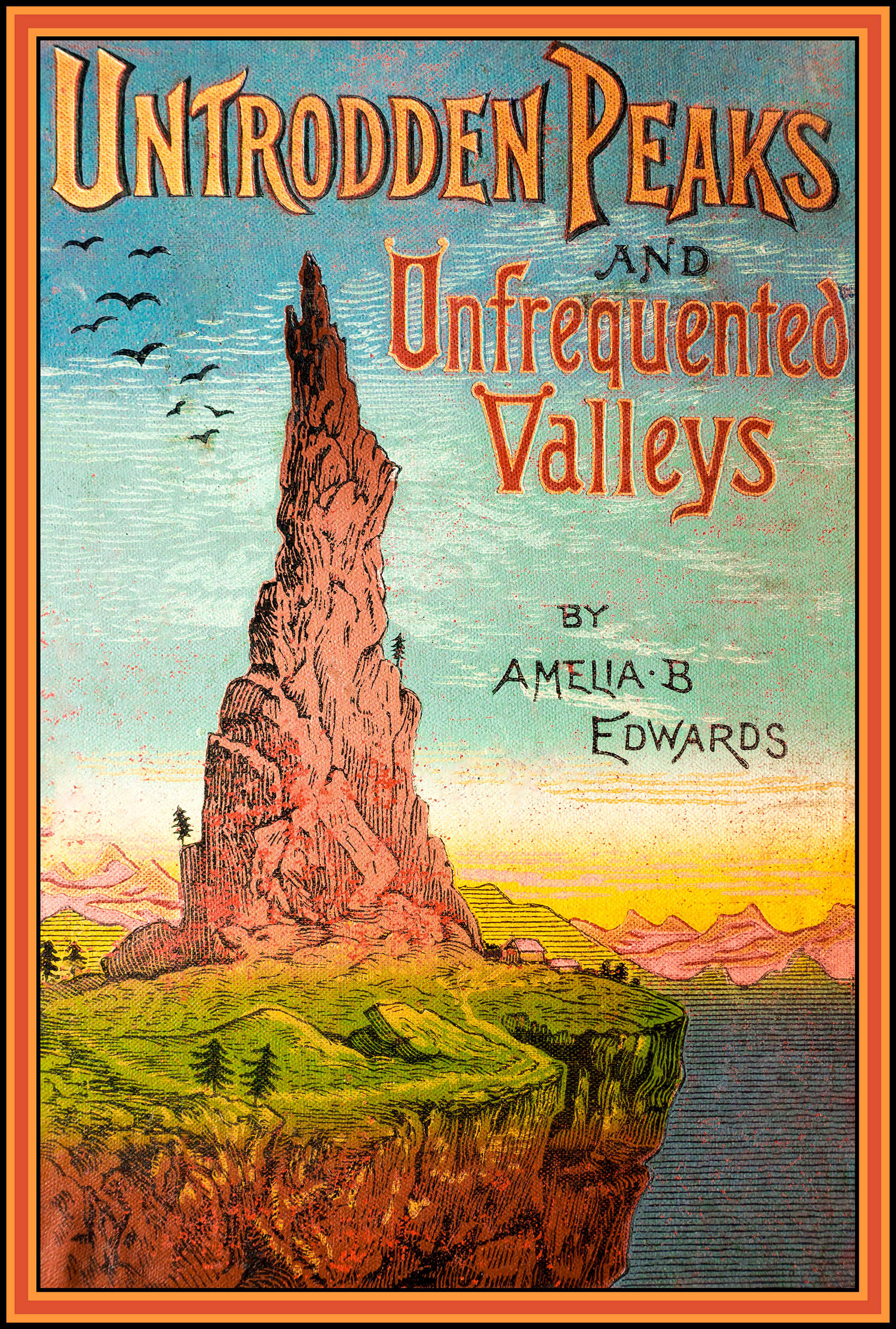 In 1872 two forty-year-old English women, Amelia Edwards and Lucy Renshaw, travelled to the Dolomites in Italy. At the time many of the peaks were unclimbed and few people who lived beyond the valleys had even heard of these dramatic mountains. These were the days before the internal combustion engine was invented, when hardly any roads existed and those that did were rough cart tracks. Edwards recorded their pioneering journey in this book, first published in 1873. It became a best-selling travelogue among wealthy British Victorians and inspired a wave of tourism in the late 19th century which boomed through the next century as accommodation and transport links improved.

Amelia Edwards wrote meticulous descriptions of the places they visited, affectionate pen-portraits of people they met and amusing accounts of incidents during their arduous journey by horse-drawn carriage or carts over rough tracks, side-saddle on mules along bridle-paths and by foot up and down steep mountain trails. They reached places rarely visited by foreigners, and her book is an important historical record of life in the Dolomites at the dawn of mountaineering and tourism, illustrated with fine engravings copied from Amelia’s own sketches that she painted to create a visual record of their journey. It includes the first recorded ascent of the peak Sasso Bianco.

Frequently ranked among the top must-read books about mountaineering, it remains as inspiring today as it was when it was first published. And, because Amelia and Lucy were not mountaineers, the book has a much wider appeal and general interest.

This is a high-quality facsimile of the original publication, with high-resolution images of the engravings in the text and a full-colour reproduction of a rare original cover.