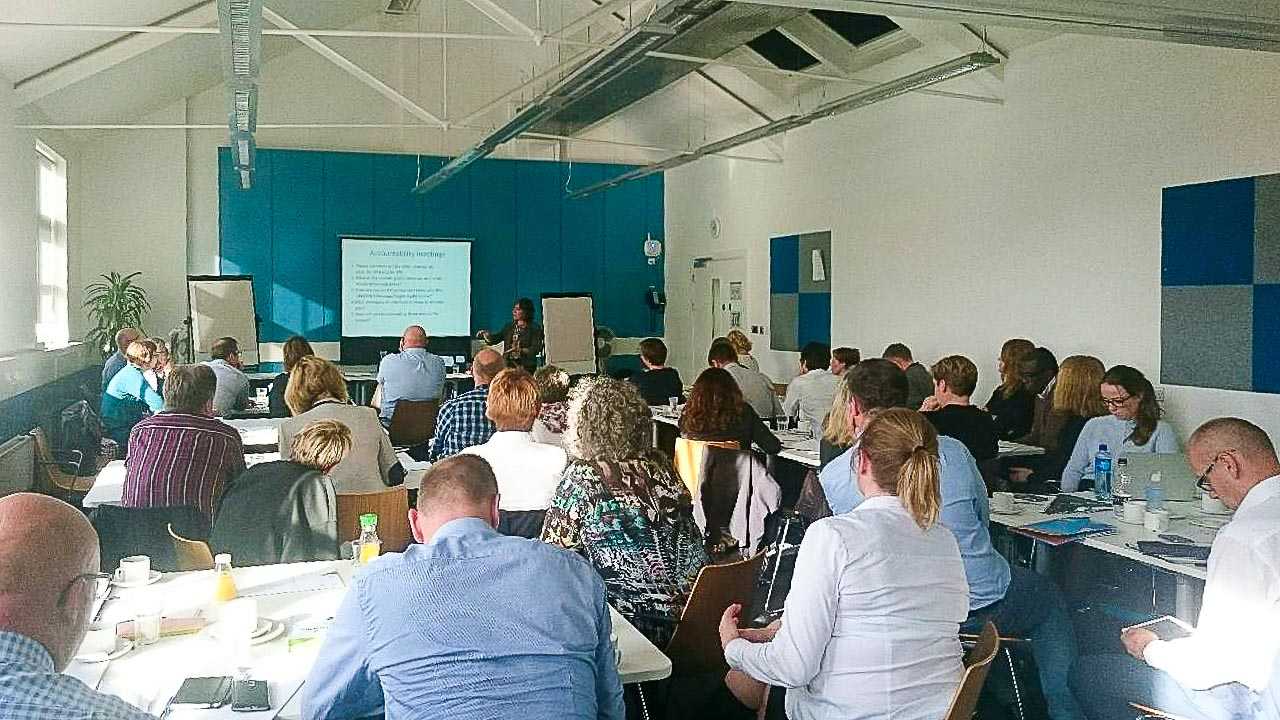 On Thursday 28 September I celebrated my 50-year career in education by presenting the Big-Cities workshop in London to a group of 45 school principals from all over Norway. It was a bigger class than my first lesson at St Kevin's Comprehensive School in Kirkby on 7th September 1967 which I still remember.

It was just after the 'summer of love' and I was teaching science to a class of 14-year-old boys in the 12th stream out of 16 groups arranged according to their prior attainment. A lad called McCarthy, sitting at the back of the lab, was bored listening to me and started talking to his mate. After he ignored my third request to pay attention, I decided to try something else and asked him to come and stand on his own, at the front of the class, so I could keep an eye on him. As he walked past me with an evil grin on his face to stand behind me, next to the blackboard, I got the feeling that maybe this was not a good idea.

Sure enough, as soon as I turned round to talk to the class I heard a thumping noise from behind. When I turned back to see what it was, the class started cheering and McCarthy was standing still with the same evil grin on his face. When I turned round again to face the class, they stopped making a noise and soon the thumping started again. After several repeats, I eventually caught McCarthy headbutting the wall, so I politely asked him to sit on the front row instead. I doubt if he learned as much as I did during this lesson - don't talk too much and get the students working on something that interests them as quickly as possible.

Fortunately for me, my class of Norwegian principals was much better behaved. They were in London to learn about our research and visit Colvestone Primary, Woodberry Down Primary, Haggerston School, BSix College Hackney, Bishop Challoner Catholic Federation and Leyton VI Form College. I was joined by Sian Davies, Director of Education at Hackney Learning Trust, and education consultant Jane Keeley, former head of Haggerston, for a seminar about the incredible improvements in Hackney schools since 2002. And I was privileged to attend the debriefing the following day when the visitors shared their learning and planned how to apply it when they returned to their own workplaces.

Reflecting on my 50-year-long journey from the science block at St Kevin's to the Tomlinson Centre in Hackney, I've had the expected ups and downs but I'm glad to say that I still get the same thrill and enjoyment out of teaching.